Rob Bidelspacher’s family settled in Williamsport Pennsylvania in 1832.  An adventurous lot, Rob’s father, Charles Bidelspacher had an outstanding legal career and practiced before the Supreme Court of the US. The family traveled extensively including a cruise to the West Indies  in 1957 on the Mauritania, the  sister ship of the Lucetania. They visited a number of islands on that trip, including St. Thomas and Haiti.  One of  Rob’s memories from that time was taking a photo of Papa Doc’s palace and having his camera smashed by security guards. A scary experience for a young boy.

While on St. Thomas,  the family heard good things about  St Croix and came to investigate.  Rob started the first of numerous visits to the island, staying with  a Danish classmate of his from Mercersberg Academy Prep School in Pennsylvania.  The classmate was  Eric Laewetz who had a home at St. Croix by the Sea.  Then, St. Croix by the Sea had the largest salt water pool in the western hemisphere, or so Eric said!

After high school, Rob went on to Denison University as an undergrad in economics.  His brother majored in Sociology, and his sister studied French and African studies at Tufts  and later joined the United Nations. Rob went on to law school at  American University during the Vietnam era and in 1966 Uncle Sam called and he was drafted. Then,  the US Army Reserve was becoming the Military Police and he was sworn in as an MP and gave instruction at Fort Ord in California on the Monterey Peninsula.  He volunteered to teach the Geneva and Hague Conventions.  He spent six years from 1967 to 1973 in the Army Reserves in Puerto Rico and St. Croix.  He had to survive economically so he took his real estate exam in 1968 and his broker’s exam in 1969.

Elaine grew up on the island of Sumatra in Indonesia and later lived in Holland and Switzerland.  Her father was a power engineer and had worked in Panama in WW2.  When Elaine was sixteen, her father was offered the #2 position in the VI Water and Power Authority.  She did her senior year here on St. Croix and like all good St. Croix families enjoyed the social activities that were put on at the yacht club.  The St. Croix Yacht Club was started in 1954, and by the late 50’s they had a fireplace and one room with a roof.  By the 1960s it was the center of the social  life on the island for sailing and gathering. Different families took turns in the kitchen each week.  Rob had been a national champion in the Sail Fish class and brought the first 3 sun fish to the Yacht Club. There were movie nights at the club and it was at one such night where Rob noticed a pretty girl reading a book. He decided to approach her, introduced himself and asked if he could join her.  She put the book down, shrugged her shoulders and lifted the book back up again!  Rob took this as a “Yes” and sat down to talk to her. They dated for a while and married at St. John’s Anglian Church with their wedding reception at Spratt Hall.  They had their honeymoon in Austria.  They have two sons, TJ their first born, lives on St. Croix and works as a chef at Cheeseburgers.  Their younger son, Kevin lives in Florida and has two little girls aged five and two.

One of the defining moments in their life, was the arrival of Hurricane Hugo in 1989 that brought winds more than 250 miles per hour.  Rob speaks of the five features of the hurricane that made it particularly dangerous.  It moved  on a diagonal across the island, was a category 5 hurricane, moved slowly and stayed a long time hitting every square inch of the island.  The last feature was that the Governor at the time, Alexander Farrily defaulted by not realizing the situation was as dire as it was.  There was 70 to 90% devastation.  Rob has been  on the advisory counsel for hurricane preparedness through three different administrations.

Their home at #3 North Grapetree Bay survived Hurricane Hugo, sustaining damage that they have since repaired.  Elaine and Rob are active members of the community and have contributed their knowledge and expertise many times for the benefit of the Grapetree Association.  They have always been a great resource for the history of the area and have many stories to tell.

GAPOA gathered on January 21st. 2012 for the Annual General Meeting at the beautiful home of  Larry and Peg Meyer  50 South Slob, St. Croix.  The agenda, posted previously, is outlined below. After the meeting a delightful appetizer buffet was enjoyed by all attending GAPOA members.  The minutes of the meeting will be posted in this location after the first board meeting in March.

Call to Order
Board of Directors – self introduction
New Board Members Introduction – Jan Buell, Becky Snodgras

Your hard earned and paid up dues are at work!  Repair  is starting in the very near future for the Grapetree Area. The roads committee has been hard at work marking the potholes for repair.

Rosaria and Vincenzo Ambrosi are Italian by birth and now live in a lovely home overlooking Grapetree Bay.
Rosaria, designed the home and Vincenzo did all the finish work and most of the construction. Vincenzo comes from a long line of builders and started working with his father just after high school.Rosaria came to the states to study architecture at MIT and Vincenzo, years later, arrived from Italy to marry her.

Rosaria worked in NY with prominent architecture firms and for many years with Io Ming Pei on large projects.  Later, she started her own practice and taught at the same time.  In this regard,she had a distinguished career culminating in the deanship of City College school of Architecture  – the first woman dean in the Country. Her love of historic buildings led her to an initiative in Harlem where people could buy brownstones and rehab them. The City provided grants and Rosaria provided the students and her expertise to save many beautiful New York brownstones that would otherwise have fallen victim to the wrecking ball.

Rosaria and Vincenzo did many historic rehab projects together.  Vincenzo is an expert in architectural plaster molding restoration, but unfortunately his talent is not readily applicable in St.Croix.

Vincenzo loves living in small quite places and his dream has always been to live in the Caribbean. They visited many islands but decided on St.Croix for its natural beauty, green hills reminiscent  of Tuscany and sounds of the wind and sea.   They bought land and  built their house in two years made of concrete blocks and a concrete roof. The house has a 75 feet lap pool overlooking the Bay.  They enjoy sunrises and sunsets from their many terraces.
Rosario and Vincenzo have shared their experiences of suppliers and products, locally made, with people building after them.  These days Rosaria keeps busy with  pro bono work for friends and good causes while Vincenzo works on many tile and building projects.

Rosaria has two grown children, one in San Francisco and one in Chicago,both qualified lawyers.
They have 4 grandchildren and they visit as often as possible. The Ambrosis love to visit them in the states were they can soak up the theater and museums they miss in St. Croix.
Even when their travels take them to Europe they are very happy to come back home to St. Croix. 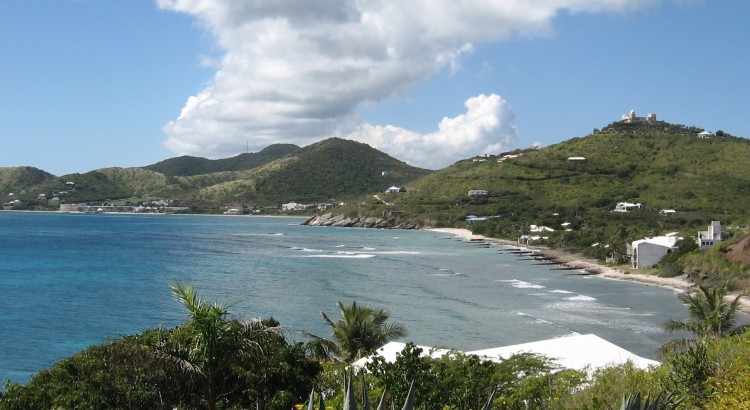 GAPOA has a policy to protect the privacy of its current, past, and future members.
Copyright © 2010-12 GAPOA. All Rights Reserved.